I’ve become sort of an obsessed teenager with NBC’s assemblage of shows set in Chicago. Christian and I have watched each one from the beginning, following the ins and outs of the characters, breathlessly awaiting the crossover shows that reveal how the city’s most vital employees intermingle not only in daily life but also at Molly’s, the beloved bar owned by a few firefighters.

It all started with Chicago Fire, which we tuned into solely because it is set in Chicago and we could scream out when we recognized a street corner or restaurant.

Chicago PD came along 2 years later, which obviously gave us cause for celebration, what with more street-spotting opportunities and all. Of course we watched, and quickly realized it was a grittier, less fluffy version of Chicago Fire, and we were smitten.

Characters freely made appearances on either show, solidifying relationships, deepening storylines, and ultimately driving their little NBC talons deep into our souls.

I introduced my dad to an episode of each of these when he was visiting once, and he made an offhand comment about the different options NBC could add to their cluster, one of which is included in my list below. (Incidentally, Chicago PD is now his favorite show on tv.)

Chicago Med roared onto the scene in 2015, and Chicago Justice is slated to air its first episode March 5. Honestly I’m exhausted. But the bastards nabbed one of my favorite characters from Chicago PD, thereby leaving me curious enough to see how they weave this new show into the whole circus.

Assuming this trend will continue to build, I’ve taken a cue from my dad and brainstormed some winners that I’m hoping might catch the eye of Dick Wolf, thereby earning me at least a thoughtfully-penned thank you note.

Here we go with the list, which should bring us smack into the mid-2020’s if a new show comes out each year, as I’m assuming will be the case once the boys at NBC get a hold of this list.

Your turn. I came up with 10, but if we’re gonna cover every prime time spot on every night of the week, we’ll need a few more, right? 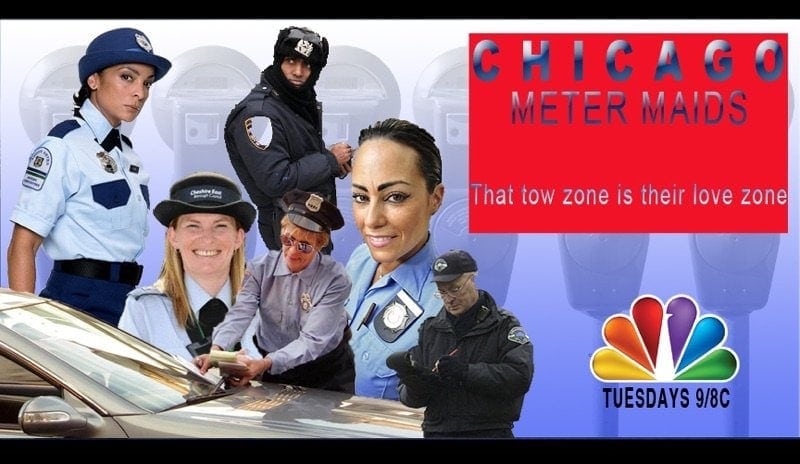 How to Make Golden Milk/Turmeric Tea
Next Post: Hospital

Have a Gratitude Explosion
How to Slay Your Next Dental Visit
Rediscovering My Very Dumbest Self
The Emotional Roller Coaster Old People Put Me Through
Oh Yes. How to Do a Road Trip
My Secret Self
Let's get all social!
Follow