I have definite favorite stuffed animals in the house- based on their personalities.

Some are bland, don’t say much, and rarely make an appearance, and even though this sums me up perfectly, these aren’t the ones I favor. It’s the well-worn plushies that have distinct voices, are always around, and sometimes have pieced-together outfits or random tape on them that I adore.

Here are my Favorites

Darth: Perhaps my favorite of the group, Darth has been my son’s go-to BFF for a few years. His standout feature is his voice – picture the cartoony voice of a 9 year old mimicking James Earl Jones.

Darth is also a very good sport about being constantly beaten up, and looks fabulous with his cape waving through the air as he gets hurled this way and that.

New Darth: New Darth came on the scene when old Darth needed a friend, and while still special, New Darth doesn’t have the standout personality, nor does he make the same number of appearances as old Darth. I think of him as Darth Lite, or maybe Darth’s sidekick.

Porgy: Oh my goodness do I love Porgy. Porgy is a Porg. Porgy has the sweetest damn face in all the world, and whoever designed him must wake up every morning with the smug satisfaction that they have created the greatest single plushie ever.

Porgy’s voice is funny and sort of back-of-the-throat cute rumbly, and he goes to school a lot with Beckett as his comfort animal.*

Nubs: Whenever I see Nubs I have to say his name in a drawn-out, growl. Nuuuuuuuuuubs. He has been lying low lately, but he’s a classic. Okay, no he isn’t, but he’s still one of my favorites because I love sea creatures, and I love saying his name.

Coconut the Gay Monkey: Coconut came out of the closet when we were playing a family game of Life and he picked the blue peg as his spouse. 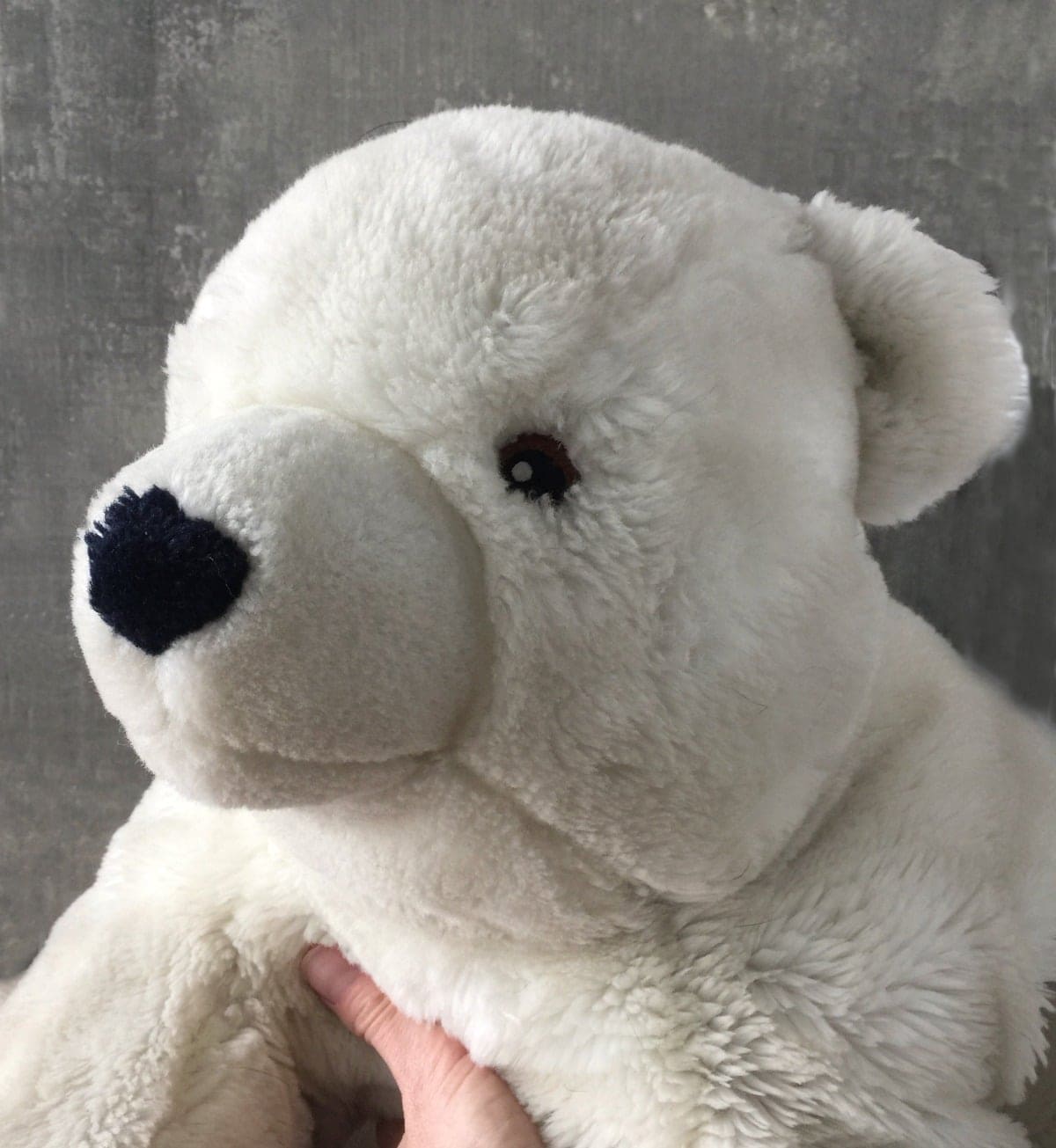 Poly: I have to say, I’m not the biggest fan of Poly, but I had to include her in this list because Beckett is married to her, and she always plays a prime role in his group stuffed animal massacres.

Say what you will about mother-in-laws, but I feel like my son could have chosen more wisely. I’m not normally one to judge, but I’d like to clip that branch off the family tree, if you know what I mean. 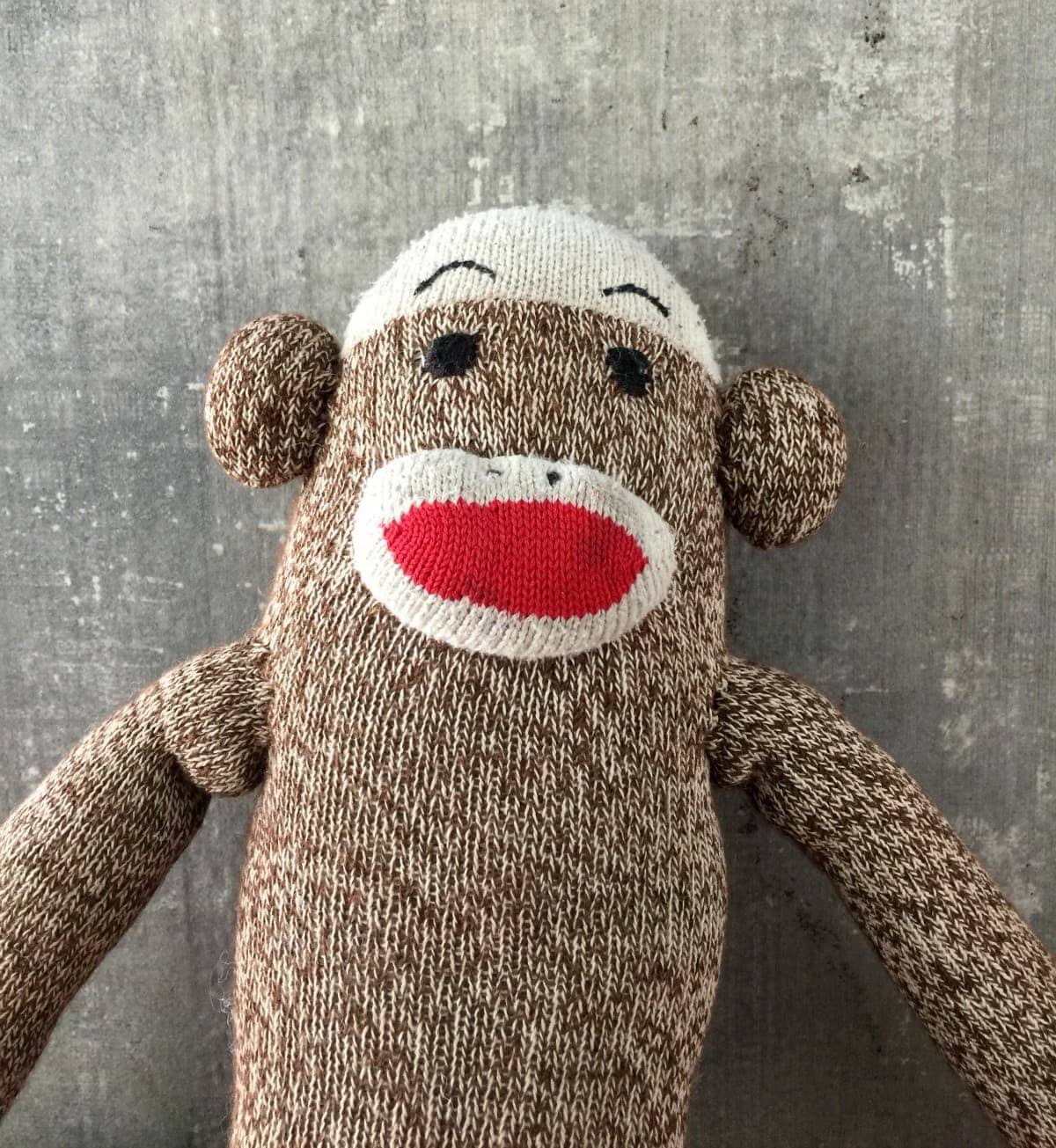 Sock Monkey: Sock Monkey is my greatest achievement as a parent. What with my fantastic taste, I researched and purchased the finest sock monkey stuffed animal money could buy, hoping and praying my child would take to him so he would look cute in public instead of like those uncouth children who traipse about carrying Elmo dolls.

It worked! Sock Monkey became a fast favorite and has not fallen out of favor in all these years. I’m hoping Sock Monkey is passed down to Beckett’s children when he finally marries someone worth his time.

Each of these creatures is at different times nurtured and completely wailed on, snuggled with or wrestled to the death. Perfect training for future relationships, no?

When I spy them around the house, I feel the need to say hi to them or reposition them if they look uncomfortable, and each night before bedtime I’m made to watch the latest episode of major plushie drama, from dinosaur attacks to acting out video games, to sick wrestling moves.

So much better than Netflix.

*Beckett’s comfort animals: Due to Beckett’s terrible anxiety, his teachers have been kind enough to allow one small toy to accompany him to school each day.

Mom tip: indulge your secret desire to buy cute baby clothes by picking up a few onesies at Target for your kid’s stuffed animals. They fit the bigger animals perfectly. Baby socks? Throw some of those in your cart, too.

Lifewhack Life Lessons: How to Conduct Yourself as a Wedding Guest
Next Post: People Aren’t Real

Have a Gratitude Explosion
How to Slay Your Next Dental Visit
Rediscovering My Very Dumbest Self
The Emotional Roller Coaster Old People Put Me Through
Oh Yes. How to Do a Road Trip
My Secret Self
Let's get all social!
Follow